As chief executive officer of Chartbeat, Tony Haile helps collect data on the audiences of some of the biggest media companies in the world, including Gawker, Time and Al Jazeera. 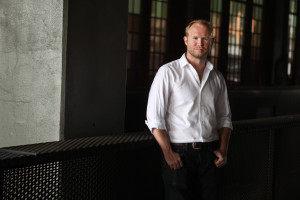 Haile’s expertise is measuring audience engagement with news content. He will be speaking on this topic at the International Journalism Festival in Perugia, Italy, which starts April 30.

Recently, Haile wrote a provocative article about how news organizations and advertisers should be measuring online engagement called “What You Think You Know About the Web Is Wrong.”

Haile said many media companies and others are measuring audience engagement incorrectly, by just counting clicks. Just because someone clicks on an article or feature doesn’t mean they stick with the content for more than a few seconds, he said.

“When they click on it, that doesn’t mean they read it,” Haile said.

Haile also said people aren’t necessarily spending a lot of time with content they share on social media. “Even if you have a tremendous amount of Tweets and ‘likes,’ that doesn’t mean more time is spent [on a content item],” he said.

What you need to build a loyal audience – one that is worth money to advertisers – is high-quality material that people want to linger over. A media organization with an audience that spends a long amount of time on each news item (and webpage) is valuable. A place that attracts a bunch of quick click-throughs — with little time spent at each stop – is not as sought after, said Haile.

This should be good news for journalists, who might have been told that the quality of their product didn’t matter as much if it didn’t produce large amounts of clicks. On the contrary, Haile said engaging stories and smart Web design are very important.

Haile suggested that people look to the Financial Times in England as an example of a media organization that is innovating in the online arena. “We have devalued content [in the past], but the quality of content matters again,” said Haile, “It is going to have an impact on a whole range of things.”

To view the data about the attention Web Haile mentioned in the podcast, go to the Chartbeat Blog.

Catch Amy Webb if you can, the technology consultant and author is charging forward with or without journalists