The Washington City Paper is marking 40 years of serving Washington, D.C., with in-depth, deeply researched coverage readers would be hard-pressed to find in the bigger, flashier paper down the street. But now, the District’s weekly alternative newspaper is making a concerted effort to help share its knowledge and expertise with small local businesses as well.

“To me, the City Paper is giving readers that kind of analysis and that deeper look, not just what is happening but why and how it’s happening,” says Caroline Jones, the paper’s interim editor. She’s been with the paper for nine years but also spent a summer working there as an intern during college. It’s also the paper she read as a teenager in Silver Spring, Maryland, when she and her friends were mapping out their Friday night adventures.

Duc Luu is the publisher and chief development officer at the Washington City Paper. 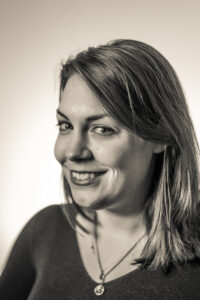 Caroline Jones is the interim editor at the Washington City Paper.

“Because City Paper is based in the tradition of telling a longer story and providing more context and deeper, more fully felt-out and realized stories, City Paper is able to chronicle events in the way the district has changed in a way, partly due to our longevity,” she says. “We’ve been around a lot longer than many places in D.C. we now see publishing regularly. We also just have that knowledge base and we are the storytellers of D.C. We can go deeper and longer and create a more fully formed narrative about what’s happening in the district.”

Those resources and that name recognition make the City Paper a trusted partner in the community as well.

“One of our missions is to inform and give context. Another important part of where we’re going now is to be a connector of people to their communities and to each other,” says Duc Luu, the paper’s publisher and chief development officer. The City Lights event calendar — the same one Johnson used as a teenager and for which she served as editor when she first joined the paper — helps people know their communities better and introduces them to new places to go, he says.

In the early days of the pandemic, a new issue came to light: now that more commerce was happening online, small businesses, the same ones that advertise in the City Paper, would need to shift their presence, but many might have been completely unaware of how to do that.

“We launched a back-to-business webinar series that enabled us to bring together the digital expertise we’ve built working with dozens of small business leaders around here,” Luu says. “It allowed us to get their knowledge about how to build a digital marketing presence for small businesses. We brought in thought leaders to help them get over that hump. We’ve bulked up our digital classifieds so it’s not just in print.”

The partnership between local papers and local businesses is crucial, according to Luu.

“We just can’t have a thriving community newspaper without a thriving small business community,” he says. “That’s going to be our bread and butter in terms of people who are really supporting us financially and trying to connect with potential customers.”

Duc Luu, publisher and chief development officer for the Washington City Paper, and interim editor Caroline Jones talk to It’s All Journalism host Michael O’Connell about the alt weekly’s 40-year history in Washington, D.C. They also discuss how the paper’s role has changed in that time and how it’s using its status and connections to work with small businesses during the pandemic.

483. Data can be the spine of your reporting

485. Trust.txt is a silent partner in legitimizing news organizations