WASHINGTON – Andrew Lih has always been interested in how people communicate and he’s found himself a front row seat, taking part in journalism’s digital conversion. 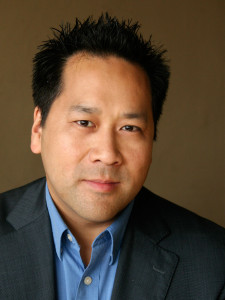 Lih was on the ground floor of digital journalism education — suggesting to Columbia University that they teach how to write and design for the Web. The school was the first to offer a Web-based journalism program, Lih says, in 1995.

After spending time teaching in Hong Kong, Lih was looking for the next big thing and heard about a site called Wikipedia. His reaction to the initial concept is one many of us can related to.

“That sounds wacky. That sounds like it would be a complete garbage dump of content,” Lih says.

But he quickly realized the power of Wikipedia as a rolling archive of what is happening — a living transparent document. He says every edit to every page is monitored.

“It’s actually a great model for news organizations to look at at least saying that every single edit can be inspected and audited by someone else,” Lih says.

Interesting ethical discussions come up about how to edit pages in the discussion pages, Lih says. He offers Bradley Manning’s recent name change as an example.

“They were taking in viewpoints from the AP style guide, norms from Reuters and other folks. There was actually a very serious conversation happening behind the scenes even though most people don’t see those things,” he says.

Lih is one of Wikipedia’s 1,000 administrators and an assistant professor at American University in Washington, D.C.