It seems appropriate that Yumi Wilson, journalist, educator and now manager of Corporate Communications at LinkedIn, would use her LinkedIn profile to sum up what she sees as the challenge facing many journalists today and what her role is in helping them meet that challenge. 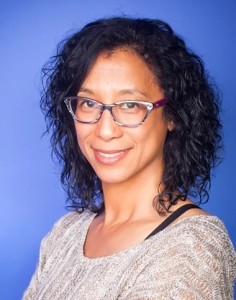 “In journalism, I believe it is critical that those teaching and practicing the craft learn as much as they can to stay on top,” Wilson wrote on her LinkedIn profile. “That is why I jumped at the chance to help run LinkedIn for Journalists a year ago. In that time, I have learned so much about what journalists and aspiring journalists need to do their jobs well. Most important, I have learned that we all need to take more risks, ask bolder questions, and not be afraid to break away from the pack.”

According to Wilsom, the most important changes she’s witnessed have occured when she was outside an academic setting. Through her experiences at LinkedIn and even earlier as a Knight-Wallace Fellowship recipient at the University of Michigan, she began to see what paths younger journalists need to be focusing on if they choose to pursue journalism in the 21st century.

“When I was given a contract job at Yahoo! as a content producer that was another place where I realized, ‘Wow, things have changed in journalism from the time that I was practicing to now that I’m teaching it. I really need to step up my game, change a few things and really infuse new lessons in our students,'” Wilson said.

Journalism school curricula are far behind where they need to be to address these shifts in the professions, Wilson said

“We in journalism education are lagging far behind the place where we need to be to help young people figure out career paths that are going to pay them a living wage for the talent and skills they have,” she said.

Still an associate professor at San Franciso State University, Wilson works full-time at LinkedIn. In that role, she trains corporate communicators and journalists how to use LinkedIn more effectively in their careers. She runs the LinkedIn for Journalists group, growing it from 16,000 to 40,000 members during her tenure.

Wilson also conducts online tutorials on how journalists can use LinkedIn to locate expert sources, promote their work and build their personal brand. The next tutorial is Feb. 10.

People’s perception of LinkedIn is very different than that of other social media platforms, such as Twitter, Facebook or Instagram. For that reason, they tend to use it in different ways.

“When we think of social networks, it is one of the many social networks, and as people figure out their social media strategy or even communications strategy, to leave LinkedIn out of that mix, you’re missing out on an opportunity to reach people who are specifically on a social network to find better products, better services, new networking opportunities, jobs, of course, and other connections, ” Wilson said. “So I know that part of my training and part of what I do is to help people understand that, ‘Yes, if you’re using other social networks, Twitter and all that, that’s great. But to leave LinkedIn out of it, you’re missing a special group of people.'”

‘Connecting dots in the dark:’ LinkedIn expert shares his tricks for reporters