When you turn on the television news, does the person reading the top stories look like you?

A new paper on representation in broadcast news examines the diversity of anchors and reporters responsible for the stories leading off a late-evening newscast. 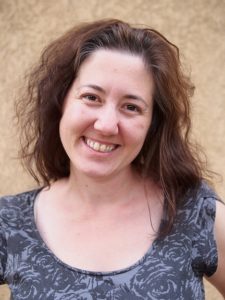 Keren Henderson is an assistant professor of broadcast and digital journalism at Syracuse University’s S.I. Newhouse School of Public Communications.

“Newsrooms are talking about diversifying their reporting staff. I was curious whether that was actually the case,” said Keren Henderson, assistant professor of broadcast and digital journalism at Syracuse University’s S.I. Newhouse School of Public Communications.. “Academics have made the case that news ought to be representative of the community.”

Reviewing 1,000 news clips from the top 200 stations in the country for local news, Henderson and her team anticipated seeing more white reporters and more people under the age of 40 leading off the late evening newscast. “This is an image-conscious business that tends to hire pretty young people,” she said.

They also looked at what types of stores aired first and therefore could be considered the most important story of the day in those markets. “Unsurprisingly, half of the stories were about crime. Next down on the list was weather, which account for about 15 percent of the stories that led newscasts. The third most popular topic was public affairs.”

As for the gender of the person delivering that news, Henderson said they found about a 50/50 split between men and women, but there were a few more men than women in the tapes they reviewed, with about 5 percent uncertainty “because we couldn’t see (the person reporting) or there was more than one reporter on the story.”

Henderson also found, when it came to reporting on the weather on later evening newscasts, the reporting “seems to be heavily represented by older white men.”

Keren Henderson, an assistant professor of broadcast and digital journalism at Syracuse University’s S.I. Newhouse School of Public Communications, joins producer Michael O’Connell to review her research on the makeup of local news broadcasts, breaking down the age, gender and race of the reporters along with the stories they cover.

#297 — Learning, relearning and unlearning the magic of broadcast