After so many years of talking about the impending and inevitable onset of digital newsrooms, it’s finally starting to happen.

And it’s largely due to metrics and subscriptions. 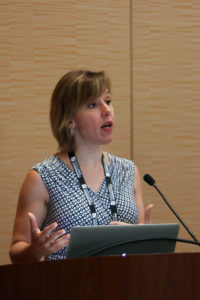 Newsrooms are learning that they can’t rely on traditional streams of revenue to keep the lights on. In order to do that, they need to understand what their readers, viewers or users are interested in, which types of reporting get the most attention and drive the most engagement and traffic. The best way to find that out, and in turn keep them coming back, is to look at metrics.

Those same metrics can back up a reporter’s story suggestions or lead them in new directions, further driving engagement and traffic and, after a while, leading to more subscriptions.

Newsrooms “have to be sustainable by getting more revenue with readers. That aligns really well with a newsroom,” she said. “If you’re generating content that’s valuable with the reader (and they’re willing to) pay for, that aligns better journalistically than chasing headlines for clicks. Even though it’s a shift, it should be a comfortable shift. Newsrooms are able to embrace it a little easier because it’s based on producing really high-quality content, away from that kind of volume/subscription funnel.”

Furthermore, people are really comfortable with the idea of a subscription-based service, she said. Look at how many people subscribe to Netflix for movies and TV shows, or Spotify for music, or the number of monthly or weekly box-based services, from clothing to prepared meals.

“I think the subscription mindset is more ingrained now than it has been,” Vargo said. “People are more comfortable with it as a concept. As more people are paying for news, it props it up. If a bunch of people are putting up paywalls, it becomes more normalized, something that is accepted and expected.”

API is set to relaunch its Metrics for News information service in October and has published research on the paths readers take before paying for a subscription to a news outlet. “More than 70 percent of people who subscribe read (an outlet) for a few months” before buying in, she said. “More than half were a year. That’s shocking to me that it was so long.”

Gwen Vargo, director of reader revenue with the American Press Institute, joins producer Michael O’Connell to discuss the finer points of how to get readers to first click on the articles reporters spend so much time creating, and then to take it a step further and get them to subscribe.

#329— Looking back at the subprime mortgage crisis, 10 years later