What happens when the person sworn to protect the Constitution, through rhetoric and governmental actions, begins to threaten the First Amendment? For a group of nonprofits interested in protecting freedom of expression, the answer is to sue.

On Oct. 16, PEN America, the Protect Democracy Project, and the Yale School Media Freedom and Information Access Clinic filed a lawsuit against President Donald Trump for the attitudes he’s expressed toward press freedom as well as using his governmental powers to threaten media entities. 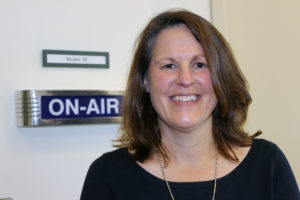 “Dating back to the early days of his campaign, he started issuing threats that if he became president, he would use the government powers to retaliate against media entities that were critical of him,” said Kristy Parker, legal counsel with Protect Democracy, who represents the plaintiffs in the lawsuit.

“He started singling out again from the very early days of his campaign, entities like CNN and the Washington Post, and since he has become president, he has continued with that behavior and has actually used his government powers to retaliate against media entities that he believes have criticized him or have covered him unfavorably,” she said.

Trump’s attacks have not been limited to just words. The Justice Department has taken antitrust enforcement action against the merger of AT&T and Time Warner. The latter is the parent company of CNN, one of the frequent targets of the president’s ire. Trump also issued an executive order authorizing the Postal Service to look at raising the postal rates for Amazon, a company founded by Jeff Bezos, the owner of The Washington Post.

“[PEN America] felt it was very important to do something to make a stand about the fact that these things actually are not just a a violation of norms by this president, but actually things that violate our First Amendment,” said Parker.

On this week’s It’s All Journalism podcast, host Michael O’Connell talks to Kristy Parker, legal counsel for the Protect Democracy Project, about the lawsuit her organization, PEN America and the Yale School Media Freedom and Information Access Clinic recently filed against President Donald Trump. They discuss why the three organizations think the president’s actions are not just out of the norm, but violations of the First Amendment.

#304 — Fighting for truth through transparency and sunlight

#330 Lawsuit against Trump aims to counter assault on free press

#331 Investigating abuse by priests in the Catholic Diocese of Buffalo