In the age of being accused of spreading “fake news” and being quick to defensiveness, Stephanie Lepp has a question.

Whose truth are journalists telling? 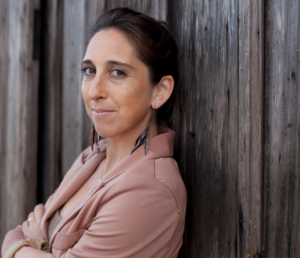 “We’re in this post-truth moment, journalists are grappling with accusations of fake news and being called the enemy of the people. Then there’s this question: How do we respond to this, how do we overcome this, how do we deal with this?” asked Lepp, an independent artist and host of the Reckonings podcast.

“In the mainstream media, there’s this knee-jerk reaction, pulling in the opposite direction,” she said. “’You’re accusing us of fake news, no, we stand for truth.’ But have journalists, have the mainstream media, really been telling everyone’s truth? Sure, we’ve been telling the truth, but who’s truth and how and for what purpose? Is the fact that we haven’t been telling everyone’s truth the reason we missed the (2016 presidential) election?”

One of her recent guests posited that truth, however it’s defined, is not enough.

“Truth should be a baseline,” she said. “All journalistic work should be true and fact-checked and there are still questions.”

Take the current administration, for example. Had the mainstream media set up camp in central Ohio during the 2016 campaign cycle, “there was nothing miss-able about Donald Trump’s rise to power” from that perspective, Lepp said. “But the national media isn’t in central Ohio. Had you asked a lot of people in a lot of places that the national media isn’t necessarily covering at all, it wouldn’t have been surprising. There’s a rising tide of white supremacy coming for our national politics. It didn’t have to be surprising.”

Journalists are dedicated to telling the truth, but whose? Stephanie Lepp, an independent artist and host of the Reckonings podcast, joins producer Michael O’Connell to discuss the difference between telling the truth and telling a broader, varied truth and why one truth won’t cover the whole story.

#333 Whose truth are journalists telling and why does it matter?