The modern newsroom is changing — not just in the digital space but in the real world as well. Newsrooms used to be bustling, cavernous and cluttered, great for putting out a daily paper, but not ideal for fostering collaboration and improving employee morale.

Dana Coester, a professor at the Reed College of Media at West Virginia University, learned a lot about modern newsroom design during the university’s makeover of its Innovation Center. The aim for that project was to design a space that reflected the way newsrooms were changing their work spaces. After some more research on the subject, she published a study for the American Press Institute about how to improve newsroom design. 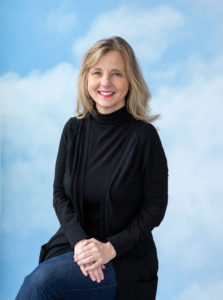 “I heard editors again, again talk about the things that they hated about their old newsrooms,” she said. “They would describe these as these crazy little hovels.”

Redesigning a newsroom isn’t just about making it look better. It’s more about realigning the space to fit and enhance the employees’ workflow.

“The industry as a whole has moved away from that sort of cubicle model anyway,” she said “But if you think about newsrooms, journalists aren’t often at their desks and because they are out reporting and the idea that you would have all of this real estate given over to row after row of mostly empty desks.”

Add on top of that the ongoing downsizing across the journalism industry and many newsrooms had become very dire places to work.

“That’s kind of a morale downer, when you see an acre of chairs, in a really big [space] like the New York Times newsroom,” Coester said. “And, when that space can be given over to all of these sort of flexible, movable spaces that people can come and go, use as needed, and you aggregate sort of in impromptu ways.”

For her study, Coester visited a number of publications, including Quartz and the Virginian-Pilot. She discovered newsrooms that had incorporated more open space, natural lighting and designated gathering spaces to promote a positive work environment and more collaboration.

“They’re all of these theories and innovation about how people approach objects and spaces when things have assigned sort of parameters, then people tend to only think of it in the context of the assigned parameters,” Coester said.  “So when you have furniture that’s movable, when you have spaces that are not designated spaces. Now of course we had our sunlit studios and things that have to be specific to a particular activity. But the more you move away from having spaces being assigned spaces to a particular activity, the more it forces the people who are using them to use their imaginations and the space.”

On this week’s It’s All Journalism podcast, Producer Michael O’Connell talks to Dana Coester, a professor at the Reed College of Media at West Virginia University, who recently published a study for the American Press Institute about how some publications are redesigning their newsrooms to make them more collaborative and positive work spaces.