Politico published a data-rich project in February demonstrating just how white and male state legislatures remain even after decades of people pushing for more diverse representation in government.

“We wanted to see what sorts of people were in those power centers and decided to take a data-based approach to doing that,” said Angela Greiling Keane, a managing editor who oversees Politico’s state-based teams. 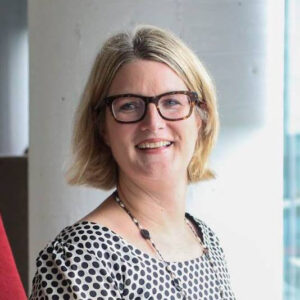 Late last summer, Politico launched a project called The Fifty, which focused on governing outside of Washington, D.C., both locally and statewide. Through that project, the Politico team began to see that many of the big decisions starting to be made post-pandemic were in the statehouses.

“I was curious about the state legislatures,” Greiling Keane said. “When you look at them, it’s fairly obvious that they’re not as diverse as the country.”

This sparked a couple of questions. First, what data was available that could shed light on the lack of diversity in state government? And second, if the legislatures aren’t as representative of the states in which they’re located, what does that mean for the people who are being governed?

Politico’s research team began scouring the country looking for data that could answer these questions. 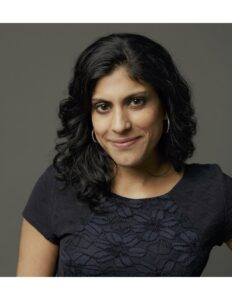 One of the first data sets they identified was a survey the National Conference of State Legislatures conducted every five years to examine the demographic breakdowns of the legislatures.

“Through our reporting, we uncovered other groups who have also started tracking this,” said Allan James Vestal, Politico’s senior news applications developer.

Renuka Rayasam, Politico’s Texas-based correspondent, was brought in once all of the data had been compiled.

“It’s a dream thing for a reporter that I had all this data in front of me, and you could look at all these trends and you could very easily zero in on where the focus should be,” she said.

Not only did the data help Rayasam, fellow reporter Nolan D. McCaskill, and graphics reporter Beatrice Jin identify which states and topics they should look at, it allowed them to begin to exploring the “why” behind the story.

Why state legislatures are still very white — and very male is the end result of the Politico’s team effort, a project that uses data-based reporting and visualizations to examine the lack of diversity in state legislatures and what that means for the public they represent.

It’s All Journalism host Michael O’Connell talks to Angela Greiling Keane, Renuka Rayasam, and Allan James Vestal about Politico’s data-rich project, Why state legislatures are still very white — and very male, which examines how statehouses are less diverse than the communities they represent.

412. Critical thinking is an essential skill for journalists

Knowing your worth in the diverse world of freelancing