When news was only available in print publications or on fleeting broadcasts, it mattered little when someone’s arrest or misdeed was reported. There might be a hubbub for a few days, then things would go back to normal.

But in the digital age, where the internet is forever, how do newsrooms go about handling requests to remove articles, some of which might be years old? Is there an obligation to take down or alter a story that is, and was, factually accurate?

Newsrooms used to be more “hardliners” about unpublishing or altering in any way stories that had been accurately and factually reported, says Deborah Dwyer, a 2020-21 Reynolds Journalism Institute resident fellow at the University of Missouri, who spent her time there working on tools to help newsrooms address such requests. 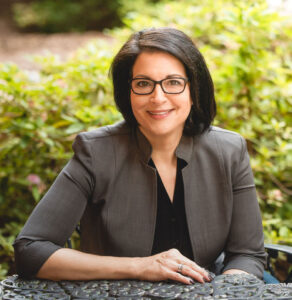 Deborah Dwyer discusses when newsrooms should unpublish the news.

“Unpublishing sounds like a simple word and it has connotations that are inaccurate,” she says. “It’s a wicked problem. (Unpublishing is) the act of deleting, obscuring or significantly altering (a piece). It’s not just removing, which is why it’s contradictory, and it’s factual content. This is content that was accurate when it was published. It may have changed since then.”

A request to unpublish a story differs from a correction because the material in question was not wrong. “It has to be in response to a third-party request, typically prompted by personal motivations like embarrassment or privacy concerns,” Dwyer says. “The phenomenon of unpublishing is something that has arisen because of pressure from outside the newsroom, typically members of the public, to unpublish content about themselves. It can come from within the news organization and that’s really difficult — I know of situations where a publisher stops by and says an advertiser has made a request.”

The alteration being requested might not mean the wholesale deletion of an article; it might be removing a quote, taking out a name, graphic, photo or portions of a broadcast, she says.

“Radio and broadcast organizations have a whole ‘nother set of issues they have to deal with, especially when it comes around transparency,” Dwyer said. “It’s not just about removing and it’s not just a post-publication issue. There are some pre-publication practices journalists could begin to implement that would really help on the back-end.”

Dwyer says this brings up some ethical questions — most of these requests are matters of public record and will remain verified facts, something reporters will argue are protected by the First Amendment. “The legal system leans more heavily these days on protecting personal privacy and it’s not as lenient with the press as they once were,” she says. “Many news organizations have legal people who, especially larger ones, that may get involved in unpublishing decisions. … News organizations need to be making these decisions but they need to be made with a clear set of policies that are well explained to the public and are implemented consistently.”

There are good reasons to object to altering an article, she says, even if that would have been unheard of or unthinkable previously. “The information is available. What you’re talking about is practical obscurity. The information has always been available at the police station. It was available but obscured because no one was going down there to look it up. … Now you don’t have to do any of that. It’s the accessibility. When it is amplified by a news organization, that is what’s going to hit the top of Google search results. That’s what is driving this conversation. … The public doesn’t see this as a police issue or a criminal justice system issue, they see it as a news issue and you’re not allowing me to live a fruitful life today because of the person I was five years ago.”

Editor’s Note: For those wishing to learn more about unpublishing the news, Deborah Dwyer recommended reading Kathy English’s 2009 report: The Longtail of the News: To Unpublish or Not To Unpublish.

Deborah Dwyer, a 2020-2021 Reynolds Journalism Institute resident fellow at the University of Missouri, joins Michael O’Connell to discuss her work, building tools to help newsrooms deal with unpublishing requests. She talks about the ethical conflict some newsrooms might have over this topic and how journalists can help make it easier to comply.

453. Making sure Wikipedia shows that Women Do News

How newsrooms should handle requests to unpublish stories