For nine months prior to the COVID-19 pandemic, Camalot Todd had access all the resources of a broadcast newsroom to help her produce in-depth stories on mental health for Spectrum News, a broadcast news station and website in Buffalo, in partnership with Report For America.

That all changed when the world hit pause.

A few weeks before the pandemic hit, Todd had interviewed faith leaders in the Black community about their role in helping to fight the stigma of addressing mental health issues. 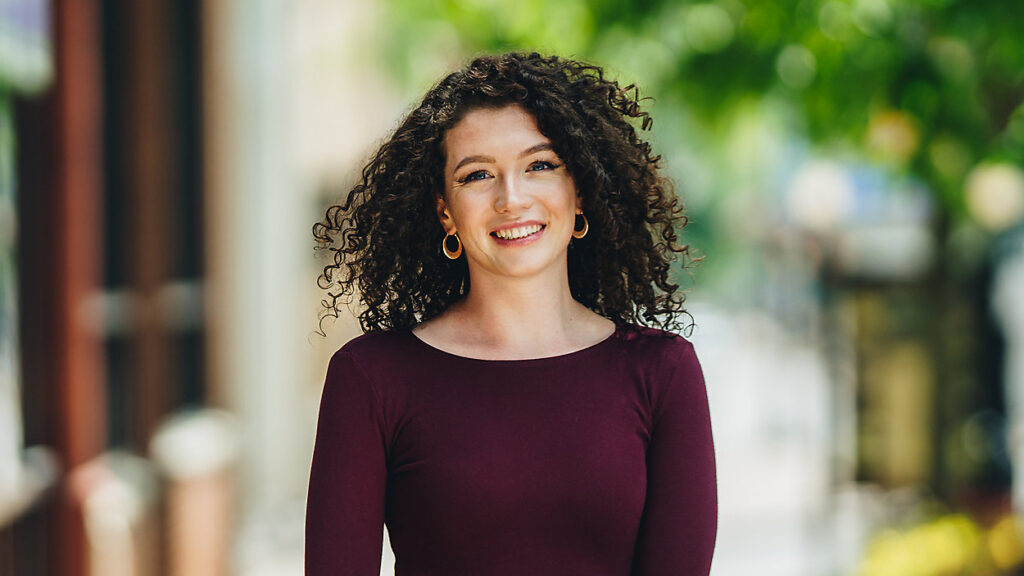 “One source said these problems have always existed and they haven’t been addressed because the boat is still floating,” she says, with the boat being America as a whole. “No one is concerned about people on the back of the boat because everything’s fine. Two weeks later, COVID happened and you immediately saw the boat start to sink. You saw it when the first data came out about who was dying at higher rates. You saw it three weeks after, when we had three different police departments reporting an increase in overdoses.”

Very quickly, the Las Vegas native (who grew up in Denver) had to learn how to produce video content and record Zoom calls using a makeshift studio in her studio apartment. Instead of having weeks to schedule and record and map out interviews, mental health reporting became a high priority and stories needed to be turned more quickly.

“At the start, a lot (of my reporting) was prevention and resources,” Todd says. “Everyone was a little optimistic, hoping it wouldn’t last past the summer. We were so naive. A lot was, if you’re struggling with mental health, these are the nonprofits doing telehealth services for first responders, here’s where you can get support for children. Then it became more of a, this doesn’t seem like it’s ending.”

While Todd had some training in covering mental health and trauma, including reporting on the mass shooting in Las Vegas in October 2017, she says this kind of reporting is “not a skill set a lot of journalists learn. I went to journalism school and took all the classes, talking about trauma reporting and the impact on you wasn’t really mentioned outside of the Dart Center. It was learn as I go. I have been very fortunate because there’s a lot more trainings now I take part in. I was an opioid and addiction fellow for the National Press Foundation this year and that helped me understand how to report on addiction and substance use. It’s a work in progress.”

To help organize and prioritize her pandemic mental health reporting, Todd went old school and put up a chalkboard wall in her apartment, mapping out first the demographics in Buffalo and then the service providers and nonprofit organizations in the region. “I would circle back to the nonprofits and say what are people calling you for, what are the biggest challenges. What are you seeing the most need for? And I’d tackle those (topics) first.”

Camalot Todd is a mental health reporter at Spectrum News 1 in Buffalo through a partnership with Report for America. She talks with It’s All Journalism host Michael O’Connell about her background covering this topic and how the pandemic created challenges and a greater need for this kind of reporting.

439. How the coronavirus changed journalism