For people who are hungry for news that doesn’t try to spin stories into right or left perspectives, Eric Ludgood is hoping they give Newsy a try.

In the fall, the 24-7 news broadcast channel was purchased and relaunched by the E. W. Scripps Company, making it available not only online but over the air. 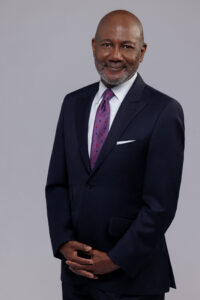 “The corporation saw an opportunity to give the country a free, 24-7 news channel, something that wasn’t available at the time,” says Ludgood, who heads the network. “To get access to the other channels, obviously, you had to be on a cable service. Not only were we looking for the opportunity to give a free 24-7 channel, we were doing it online as well as over the air. We are available in 95 percent of all U.S. households right now.”

Newsy has a staff of more than 200 people working in 14 bureaus across the U.S., some with just one or two people, with production staff in Atlanta and other offices in Chicago and New York.

The network offers constant programming with several shows scheduled during the day, starting with a “traditional” newscast at 6 a.m. through 11 a.m.

“We have three anchors and reporters doing stories across the country. What’s different is that we are digging deeper at a time when that normally doesn’t happen. We also have live programming from noon until 3 p.m., covering everything going on during the day,” Ludgood says. “If the president is talking, we’re there. If something is happening with the COVID crisis, we’re there. We have programming we’re doing from 4-7 p.m. which is very similar to that, and at 7 p.m. we have a prime time news of the day program. Prime time starts at 8 p.m., where we’re doing deep dives on a number of subjects. We’re still telling stories in prime time, not just talking to people. At 9 p.m. we have a show called In the Loop, which takes a different look at the news of the day.”

Newsy offers analysis, but “we don’t have two people on who are arguing back and forth over one angle or another,” Ludgood says. “The anchors and our reporters are not pushing one agenda or another, we are simply covering the story.”

In most people’s minds 24-hour news means cable news,  which many see as hour after hour of politically slanted coverage. In October, the E.W. Scripps Company decided to change all that by converting Newsy into a 24-hour broadcast news channel without a political slant. Eric Ludgood, head of Newsy, shares the details with It’s All Journalism host Michael O’Connell.