Investigative journalism means digging for information, nuggets and tiny grains of detail that might mean something, and then digging deeper.

Paul Singer started digging as an environmental policy reporter for a trade publication with a “high-interest, highly engaged” audience that demanded to know the nitty gritty details of any proposed rule from the EPA before the rule was even announced.

“The joke was, when the press conference was happening, it was too late for us,” he says. 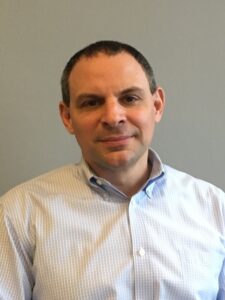 Now at the GBH News Center for Investigative Reporting, Singer and his team have spent the past two years digging into the publicly available — but behind a $300 annual paywall — database to see just how much of Massachusetts’ $4 billion budget was actually spent with minority-owned businesses.

“There are no terms and conditions on this website, it’s all public information,” Singer says. He worked with a class of computer science students to scrape 10 years’ worth of records for details on state and local municipality contracts awarded to minority-owned businesses, a task that took more than half a year alone.

“We found out that of the 13,000 contract awards located in a 10 year period, 250 of them went to minority businesses. Those were state and local, combined,” he says. “That’s the origin story of The Color of Public Money.”

It was the tip of the iceberg for the ongoing series.

“What we did was a whole bunch of reporting on getting the details of what happened, gathering other reports, confirming what happened. The value of the contracts the state government was awarding to minority-owned businesses had declined over the past two decades, despite the state putting out reports saying, ‘We’re doing great.’ That was the first story we published in January 2020.”

Someone suggested that Singer had missed the real story, a key detail that made what appeared to be a bad situation even worse. They suggested Singer and his team look into a table at the back of a report the state issues annually, detailing the $400 million given to minority-owned businesses.

“When you go to the back of the report, only half of that is direct contracts from the state,” Singer says. “The rest is stuff white contractors working for the state claim to have paid Black, Brown and minority owned businesses. We didn’t realize that. The state only got credit for half (of the $400 million)! The other stuff, in the other half, were sawdust and mixed up stuff. If you had a Haitian caterer at the dining hall in your headquarters offices, you can count that too.”

After months of denying the reporting and refusing to comment, the governor, on the eve of the 2020 election, “very quietly put out a press release announcing we were right, that there were serious problems with the numbers and he was creating a new state agency to fix it.