It should — and will — come as no surprise that the American people are distrustful of the news media. Unless, of course, it’s the news media and sources they prefer.

Don Colacino, whose first documentary, Winner Take All, took a closer look at a bill proposed in several states that would award the adopting state’s Electoral College vote to the winner of the popular vote directly without having to rely on “what can be a gerrymandered electoral map,” wanted to explore why people have lost faith in journalism. 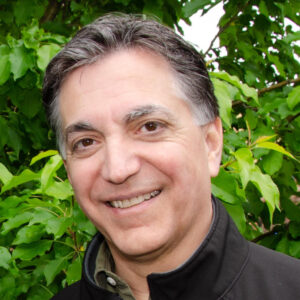 “It was a statement one of the candidates made, that the press was the enemy of the people, that first got my attention,” he says. “Trust is a critical element in a functioning democracy. Too little trust, you have political dysfunction; too much, you wind up with autocracy. That was the spark that put me on this path.”

A Knight Foundation report outlined reasons for mistrust but possible proposals for solutions and Colacino, preferring to look for solutions instead of focusing on problems, wanted to see how experts in the field thought the news media should regain the trust of the people.

“This isn’t a new issue. We’ve been here before, several times in our history. There are so many sources of mistrust. It happens in general when new voices come into the communication sphere,” he says. “Low-cost printing allowed, for the first time, the non-wealthy to publish newspapers, which brought the voice of the common citizen. When the telegraph came into the communication sphere, it brought reporting from other parts of the country. New voices, new perspectives. Radio and television brought still more. Cable TV brought in news targeted at specific audience niches. The internet allows everyone to be a publisher. Each time, there was a period of trust decline followed by a period of adjustment and reform.”

Unsurprisingly, a major source of this information is the latest communication disruptor: Social media. Driven by algorithms that aim to “keep us engaged longer with the platform and they’re usually inflammatory things” people engage with the most, Colacino says the echo chamber created by following and speaking only with people who have the same worldview makes it very easy for misinformation to spread and, with it, distrust of all other media sources.

“When people are exposed to ideas that aren’t true over and over again, it erodes their ability to connect with the community at large,” he says. In face-to-face conversation, someone might call out something that isn’t true or seems wrong; that doesn’t happen online.

Still, he believes the audience for his new documentary is people who care about the news in general and care about preserving democracy.

“I think no one wants to be fooled,” he says. “You want to get the straight story, you would rather not have someone tell you what to think. You’d rather make up your own mind. That’s the core audience for a film like this. The interesting thing is, if you ask people, as Gallup has done, whether you think the news media is trustworthy, they’ll say no. But if you ask about the news media they pay attention to, they think, ‘my media is fine.’ We need to all learn to think about how to tell the difference.”

Documentarian Don Colacino discusses “Trusted Sources,” his in-depth look at the decline of trust in news and those working to restore it, with It’s All Journalism host Michael O’Connell.