Remember when The Onion had headlines so outlandish, it was obvious the articles were satirical?

The ubiquity of mis- and disinformation has become so commonplace, it can be difficult to tell fact from fiction from sarcasm.

The Media Development Foundation has created a fact-checking platform, Myth Detector, to help make it clear to readers what’s to be believed and what’s a work of fiction — or propaganda. 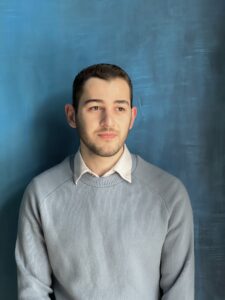 Myth Detector was launched in 2014 and, in 2019, became a member of the International Fact Checking Network, a group of organizations working worldwide to fight the spread of disinformation, says Sandro Gigauri, English content editor for Myth Detector. Since 2020, the platform has been part of Facebook’s third-party fact-checking program.

“Myth Detector is working in four main directions. First is information operations. For that purpose, we are monitoring Russian mainstream media and also websites and media outlets affiliated with the Russian government that operate not only in Russia but also in (the nation of) Georgia as well. That’s one of our primary subjects,” says Gigauri, who is from Georgia himself. “We are also working on identifying domestic propaganda. We are closely monitoring trolls and fake pages that disseminate fake information on social media. The third main category are … clickbait websites. Last year, we started monitoring anti-vaxxer Facebook accounts related to COVID.”

The organization’s researchers will select an article to fact-check based on multiple factors, including whether a verifiable claim is made or whether the piece contains a hypothesis or prediction.

“We’re purely looking for factual evidence,” he says. “We are also looking at whether there’s manipulation of facts taking place. Also, we are looking to observe how significant the error is and the impact it may have on potential evidence. We’re looking for sources and observing sources carefully, how reliable the source is.”

They also look to determine whether the same type of information, or the same misinformation, is being spread as part of a larger coordinated campaign. “We are really taking into account what the potential impact of this information can be,” Gigauri says. “Given the pandemic, we are aware how massive the consequences of misinformation related to the pandemic can be.”

But sometimes an article is obviously satire — that should be easy to determine, right? Not anymore, at least not in Russia, Gigauri says.

“We have observed satirical content is being disseminated there as well. … What is unfortunate is that people, sometimes without realizing it, or purposefully, they disseminate that satirical information as authentic facts. We have identified a number of cases where satirical information related to the pandemic was being spread as real information and it’s interesting how people tend to perceive and consume information,” including one article suggesting unvaccinated people would not be able to unlock the iPhones.

“That seems absurd. You would think no one would believe that. But we saw in the comments that people actually were believing it,” he says.

When an article is deemed false or contains misinformation, Myth Detector compiles its findings into an article, submits it to Facebook’s fact-checking program and the article carries a warning, identifying it as containing bad information. If the original article’s authors want, they can correct and modify their piece and petition Myth Detector to have the warning removed. When that happens, Myth Detector will update the article and include a note explaining the changes.

“The more people correct their mistakes, that means the impact of our work is better,” Gigauri says.