For the first time, three digital journalists and outlets have taken home major prizes with this year’s George Polk Awards.

Iona Craig of The Intercept won the Foreign Reporting Award for her work investigating a SEAL raid on a village in Yemen, hailed as a triumph by the Trump administration but rife with destruction and civilian casualties.

Melissa Segura of Buzzfeed won the Local Reporting Award for her investigation into the practices of a Chicago detective playing “fast and loose” with facts, locking innocent people away in prison for decades, people who Segura’s work helped free. 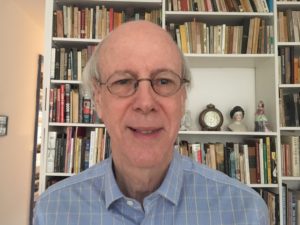 Elle Reeve of VICE News won the National Television Reporting award for her astonishing and first-person reporting of the Charlottesville protest last summer that resulted in one woman’s death. Her work included one-on-one interviews with the leaders of the alt-right group that organized the event. (The work was also the subject of a previous episode of this podcast).

The Polk Awards were once referred to by a New York Times columnist as the “guts awards,” said Ralph Engelman, a senior professor of journalism at Long Island University Brooklyn and co-administrator of the awards.

The awards “recognize reporters who break important stories and are enterprising and sometimes take risks even getting the stories,” he said. “We live in a time when journalism is under attack, all the references to fake news, the changing finances that have hurt investigative reporting. But there is still important, great investigative work going on that has impact.”

He noted that one of the big prizes this year went to a team of reporters from different outlets, Jody Kantor and Mean Twohey of the New York Times and Ronan Farrow of The New Yorker for their explosive piece on Harvey Weinstein. They won the National Reporting Award for their efforts.

“The repercussions are incredible,” Engelman said of their work. “I think it is important to basically encourage the great tradition in investigative reporting. This kind of recognition is a message to newspaper publishers and editors as well as the American public about the great cause of investigative journalism because of the kind of impact we’re discussing.”

Ralph Engelman, a senior professor of journalism at Long Island University Brooklyn and co-administrator of the George Polk Awards, joins producer Michael O’Connell to discuss this year’s award winners, including three first-time awards for digital outlets, and why newspapers need to reconsider the importance of investigative journalism.

#280 — Vice News Tonight and its different take on political news