This column was originally written for the It’s All Journalism newsletter. Sign up for our weekly newsletter where you’ll receive exclusive content and learn more about future podcasts and live events, click here.

Last Thursday, Mark Zuckerberg announced that Facebook would be changing the focus of customers’ news feeds, giving priority to posts from friends and family over content posted by brands, businesses and media outlets. This decision, he said, was based on feedback from the social media platform’s customers. 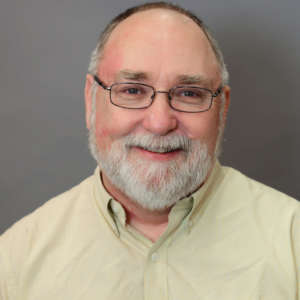 As a Facebook consumer and journalist, I’m of two minds on this.

As a consumer, I welcome a newsfeed that displays posts from those with whom I have personal relationships over products or news sites with which I have only tangental interests. Having been on Facebook for over 15 years, I’ve seen how my interactions with friends and family have shifted as the platform altered its algorithm to try and match my perceived interests. Machine learning is great, but it’s still pretty imperfect. Yes, I was looking at graphic novels on Amazon, and, yes, I might be interested in reading an article about this particular artist or even purchase his latest book, but I’d also like to hear the latest from my Aunt Delores, who posts infrequently. I don’t want to see her content pushed down because I don’t talk to her that often.

As a journalist, though, who uses Facebook daily to post content from Federal News Radio and interact with our audience, I’m frustrated by this change. The reason? Well, Facebook has a less than sparkling relationship with the news industry. In the early days, it was eager to get newsrooms to post their content on the platform. Newsrooms, who were struggling to convert print readers to digital readers, were hesitant to post content there. Why should we send readers to your website when we need to get clicks on ours?

Over time, perceptions changed. The philosophy became that you used Facebook to engage readers, build your brand and entice them to come to your website and subscribe there. It made sense to bring your content to where the readers were and that place was Facebook.

In a perfect world, that made sense. But, it’s Facebook’s playground. They set the rules. If they think video via Facebook Live is the wave of the future, then they’ll give priority to live video over other posts. That forces newsrooms to scramble and invest in live video — even though there was no evidence that their readers wanted live video — just so they can have a stake in the game.

Facebook did give me a moment of hope last year. I had the opportunity to attend a Facebook Journalism Project training session in Washington, D.C. There was a lot of talk about live video, of course, but also discussions on how to use Crowdtangle, Instant Articles and other tools to help engage readers and improve your content on the platform. I came away with the feeling that Facebook finally was willing to listen to newsrooms, who were often frustrated by the company’s lack of responsiveness to their concerns.

However, Facebook’s change of heart probably had more to do with accusations that it had facilitated the spreading of “fake news” around the 2016 election. The Facebook Journalism Project and accompanying trainings were more of an olive branch to the news industry and PR stunt, than a true sign they were willing to listen.

And now there’s Zuckerberg’s news feed announcement — what does it all mean?

On a positive note, and I do try to be positive about these things, priority will be given to posts that generate conversations. So, rather than using a post to broadcast new content, newsrooms will have to engage in conversations with their readers, which is more fitting to the platform and will benefit more digitally evolved media outlets. That’s not a bad thing.