Sports fans love their teams. They love to quibble about which player should or shouldn’t have been traded; which general manager or coach deserves to stay or should be kicked out; what the future holds for a team that has identified with a city for generations.

Tim Graham has written about the highs and lows of the sports fans in Buffalo for the better part of 20 years as a writer for the Buffalo News, covering both the NFL’s Bills and the NHL’s Sabres through more valleys than peaks, the bankruptcy and sale of the NHL franchise and the death of an iconic owner that could have relocated the Bills to California or Canada. 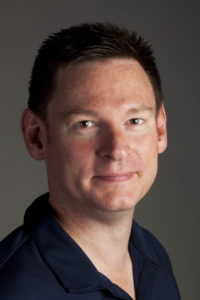 Buffalo fans are a passionate breed, as it could be argued are most fans in any city of any team, but Graham prefers to focus on the bigger pictures: What happens after the game is done and real life sets in.

“Once that game’s over, it really becomes a triviality,” said Graham, a writer who first joined the Buffalo News in 2000 and spent seven years there before going to Palm Beach, Florida, before a stint at ESPN before returning to New York’s second-largest city to cover the Sabres and, later, the Bills.

“When you talk about your team going bankrupt (as the Sabres did), or your owner being ushered into a federal court (Sabres again) or serious issues like CTE (Chronic Traumatic Encephalopathy), the brain injuries going on in the NFL, the national anthem demonstrations, all of these thing matter on a much larger scale,” Graham says. “I really get into writing those stories because I know if you do it in a comprehensive way, it’s a story that will stand the test. You can look back on it and – my goal is to have written the definitive story on a subject instead of a game played in November. Nobody goes back to read those stories.”

Sports writing is less about the scores, wins and losses as it is about the lives the athletes lead off the field, the struggles they face and the risks they take in pursuit of their dreams and in order to live up to their potential, not just athletically but personally.

When it comes to CTE, the brain injury closely associated with football players who suffer multiple concussions, it resonates with readers because “the prospect of death is universal. We’re all afraid. … When you write about things like CTE, you’re able to humanize these people that wear helmets on Sunday afternoons. They wear these team colors and they go out and fight for your city’s honor and these are the guys we really root for and don’t think about it much more beyond that. I’m certain that’s why NFL rating have slipped … because of what we’re learning about brain injuries and football players.”

Tim Graham, an NFL writer for the Buffalo News for the better part of two decades, joins producer Michael O’Connell to talk about the highs and lows of covering a city whose teams are better known for losing than winning and why, in the big picture, the W/L column is secondary to everything off the playing field.

#215 – Learning from the best of the best in sports