It’s purely coincidental that journalists started asking questions about trust within their industry at the same time accusations of “fake news” started becoming the fodder of political tweet storms. 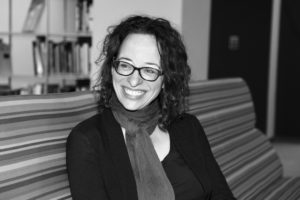 “There’s nothing new about the question of trust in journalism,” said Sara Catania, chief storyteller at GroundsSource and creator of the short-lived pop-up newsletter JTrust. “I think it’s very closely linked to some larger shifts, some very important shifts we’re seeing where different communities are saying what about us. Journalism isn’t a monolithic thing.”

To overgeneralize, anyone who’s worked in a newsroom knows that journalists love to navel gaze, debate, talk and think about the state of their industry and what’s happening in it. It would stand to reason that questions about trust and ways in which media types can work to improve trust in this particular institution would be openly explored and discussed across the media world.

But it’s not. These conversations are happening in disconnected pockets because reporters, editors and others in journalistic settings tend to not play well with others.

“We’re independent, we work on our own,” Catania said. “We don’t have … the temperament to work together, and that includes when we think about ourselves and what we do. It’s unnatural.”

That’s why she created JTrust, a newsletter that examined not only issues of trust in journalism but offered a repository of sources and information for those asking the same questions. Started in late 2017, the newsletter lasted about six months. The final issue, which recapped the publication’s lifetime of resources, is available on Medium as a way to help seekers find the answers they’re after.

“It’s really important for people to come together and work together, pool resources, eliminate redundancies and find ways to tackle these questions in a much more collaborative way,” Catania said. “It’ll benefit the industry and it will benefit the public at large to do that. Getting journalists to embrace that is not an easy thing. That is one thing that became very clear to me as I worked on this.”

Sara Catania of GroundSource and the JTrust newsletter joins producer Michael O’Connell to explore the widespread resistance among news people to collaborate even as they struggle with questions of trust in their work, an ironic struggle as “fake news” threatens democracy.