Two years after exploring the kidnapping case of 11-year-old Jacob Wetterling, the In the Dark podcast team is back with another case of mysteriously lapsed justice.

“As journalists, we don’t like mysteries,” said Samara Freemark, senior producer of the In the Dark podcast. “Mysteries are not a good thing for us. We want answers, we want to be able to state things clearly and tell people what’s going on. Anything that can lead us in that direction is good for us.” 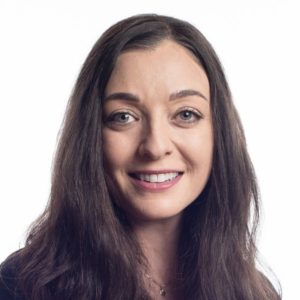 Samara Freemark is the senior producer of the In the Dark podcast.

Just before the first season’s final episode aired, there was a massive break in the Wetterling case and a suspect confessed to being involved in the boy’s disappearance. The podcast’s coverage had focused on why it took so long for the crime to be solved, as it seemed a “pretty simple case to solve,” Freemark said. With a little reworking and some new transitions, the story was wrapped up. The resolution “didn’t end up changing what we were doing very much; it just allowed us to be stronger in our findings. All these things had been hypothetical before. We could be more definitive.”

After taking a break to have a baby and for the team to regroup and tend to some housekeeping issues, Freemark and her team, including co-founder Madeline Baran, asked for suggestions from listeners as to what case to explore next.

They received thousands of submissions, some lengthy in their pitch and others very brief.

The one that stood out the most was only a few sentences long. It suggested the podcast explore the odd case of Curtis Flowers, a Mississippi man who’s been tried six times – with possibly a seventh pending – for the same crime. And the person who submitted the suggestion thought Flowers might be innocent.

That’s what captured the producers’ interest, Freemark said. It opened up “all these questions about prosecutors and accountability and prosecutorial discretion and what’s going on in this case. It’s a story and an idea we couldn’t get out of our minds. This story was the one none of us could stop thinking about.”

With its second season wrapping up, Samara Freemark joins Michael O’Connell again to discuss the In the Dark podcast and the latest crime story it investigated: the case of a man tried six times for the same crime in Mississippi.

#313 — Journalists would rather have answers than mysteries