The world was a different place 10 years ago.

After years of booming and growing at a rapid pace, the housing market cratered due to the seemingly overnight collapse of the subprime mortgage market. 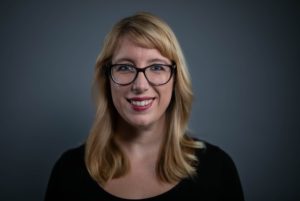 People across the country were losing their homes in the blink of an eye. The stock market was crashing in ways not seen for decades. Lenders and big banks were going out of business every day.

The leadership at The Penny Hoarder, a consumer-facing publication that provides financial news and advice for everyday investors, had asked its staff to take on a big project, something that would involve multiple departments and would be bigger than “a 5-minute video or a 2,500 word story,” said Lisa Rowan, a senior writer and on-air analyst with the publication.

One of the other writers, Desiree Stennett, grew up in the Miami area and, with the Miami-Dade region being amongs the hardest hit in the country when the subprime mortgage crisis occurred, suggested looking back on the market collapse and reaching out to people who’d lost their homes.

“She had a lot of questions that weren’t being answered,” Rowan said. As the U.S. economy appears to have rebounded and most people are believed to be doing better now than they were 10 years ago, Stennett “was curious as to whether it would be true if we walked to people hit hardest 10 years ago. That was the idea that struck people the most.”

To start digging, the magazine began by reaching out to readers.

“We put a call in our email newsletter for people to fill out a simple Google form and tell us, did you lose your home, how are you doing now, what was your experience,” Rowan said. “We got more than 50 responses from people who told us about their experiences. They were so open with us.” 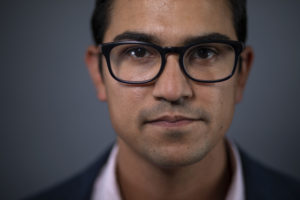 Alex Mahadevan, a data journalist with The Penny Hoarder, started down a different avenue.

“I downloaded every single census track in the U.S. and property values to look at neighborhoods, as specific as I could get, that had the biggest run-up before the housing burst and the biggest decline after,” he said. “There was a neighborhood in Lee County (Florida), LeHigh Acres, that ended up being far and away the neighborhood hit the hardest. It was basically half-built. I started looking at property records to see if I could find a source and found a real estate agent who bought up several homes in this neighborhood. He saw his real estate sign on the national news.”

Mahadevan had worked near Lee County prior to joining The Penny Hoarder and remembered the name of the county clerk. Another call there revealed the clerk was named in The Wall Street Journal due to the high rate of foreclosures in the county.

As they reached out to readers who were willing to speak about that dark time in their lives, many of them felt just as raw as they did 10 years ago, Rowan said.

“When you look back at something 10 years ago, it’s easy to look at the numbers and the black and white of it, but there’s so much gray in the middle of it, of what happened to real people, even how they were affected in the years after,” she said. “Bringing back some of those feelings of anxiety that were present at the time — we felt lucky we could do that but we felt grateful people were willing to revisit that time in their lives with such clarity and openness.”

Hard to believe it’s been 10 years since the housing bubble burst, sending the stock market into a tailspin. Lisa Rowan, a senior writer and on-air analyst with The Penny Hoarder, and Alex Mahadevan, a data journalist at The Penny Hoarder, discuss their publication’s major project The American Nightmare: 10 Years Later with producer Michael O’Connell, detailing how readers were willing to open up about a dark time in their lives and what they’ve found has changed in the years following.

#329— Looking back at the subprime mortgage crisis, 10 years later

#330 Lawsuit against Trump aims to counter assault on free press