Staffers at Washingtonian Magazine voted to form a union recently in order to improve working conditions, address concerns they had about how some employees were being treated, and to secure a voice for themselves in the publication’s future.

Entry-level and associate writers were making less than their counterparts at other publications and yet were expected to be experts on the city’s lifestyle and nightlife offerings.

In addition, many believed the makeup of the newsroom didn’t reflect the international and multi-ethnic population of the Washington, D.C. area. 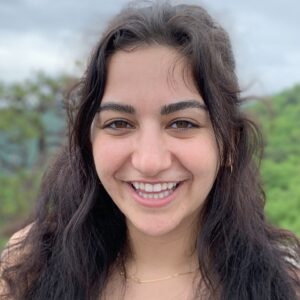 There had been some sporadic discussions about unionizing or possibly joining an existing collective of which other newsrooms were members.

Then, in May, the chief executive of the Washingtonian Magazine, Cathy Merrill, published an op-ed in the Washington Post suggesting it was time for all reporters, at least on her staff, to come back to the office. Those who refused to comply faced the possibility of being downgraded from staff members to contributors, which meant they would lose some of their benefits.

That turned out to be the tipping point for Merrill’s staff: The day after the piece ran, writers at the Washingtonian unanimously took part in a one-day strike, refusing to update the website or provide any copy for the print magazine. Talk of unionizing solidified.

This came after what food editor Jessica Sidman says has been one of the magazine’s strongest editorial years in its history.

“We had to figure out how to put together the magazine when we were all apart,” says Daniella Byck, an assistant editor for the Washingtonian. “We’re hybrid now that things are opening up. We’re still making the magazine from home and trying to keep up with fast-paced news and making a product that readers love.” 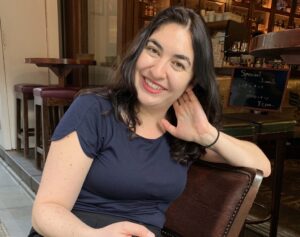 During the COVID-19 work-from-home mandate, staff at the Washingtonian shifted their focus from restaurant and cultural recommendations to how to function and navigate life in a pandemic.

“Our traffic was through the roof,” Sidman says. “We had just a really dedicated team that was out, reporting on protests last summer and providing important news about closures and reopening and government mandates. I think some of the issues we put out in print, really just some stunning, memorable photography and design and some memorable stories. Editorially, it was one of our best years.”

The Washingtonian has a staff of about 50 people, most of whom have editorial titles and responsibilities. The piece Merrill published shook their confidence and angered many of them, sparking action on an idea that had been brought up several times before.

“It was really disappointing to read in this huge newspaper what felt like a veiled threat to our livelihoods,” Byck says.

“It was demoralizing to read,” Sidman adds. “We were wondering, OK, are our benefits at risk? Are our jobs at risk? It felt like we had to say something as public as her op-ed was.”

The op-ed piece was the spark the Washingtonian staff needed to put talk into action.

“It hit home how important it was for us to have a stronger voice,” Sidman says. “No one had asked us under what circumstances we would feel comfortable returning to the office or whether we thought flexible schedules were a good idea. When we did strike, we saw the power we had when we all stood together in solidarity.”

Jessica Sidman and Daniella Byck of the Washingtonian Magazine were two of the publication’s staff who participated in a one-day work strike in May. They talk with It’s All Journalism host Michael O’Connell about the unexpected opinion piece published in the Washington Post by the magazine’s chief executive that served as a catalyst for the work stoppage and the formation of a new union for employees.

Washingtonian staff solidifies its voice by forming a union

Keeping journalists safe is a priority for former EMT