It’s one of the great ironies of working in news: An industry that demands transparency and accountability has long cloaked in secrecy how much reporters are paid.

Rebekah Sanders, a 15-year reporter with the Gannett-owned Arizona Republic, and Report for America reporter Megan Taros, refused to accept that status quo. 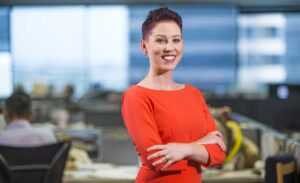 “In 2016 and 2017, I had been asking Gannett, through every official channel you’re supposed to go through, from talking to HR to talking to the women’s employee group, to talking to my manager, about equal pay,” Sanders says. “At the time, the vice president of news was doing a book tour, in 2017, about this book she wrote about women in the workplace and demanding what we’re worth.” She spoke with the woman, who was about to retire, and mentioned that it would be great for Gannett to look at issues of pay equity. The woman agreed, but officially, Gannett leadership refused to provide any information, saying instead that they’d looked into the data and everything was fine.

“It was strange for journalism executives to tell journalists — because if there is anyone in the world who does not simply trust but requires verification, it’s journalists,” she says. “We want the documents, we want the data. We don’t take people’s word for it, we want to see it in black and white.” 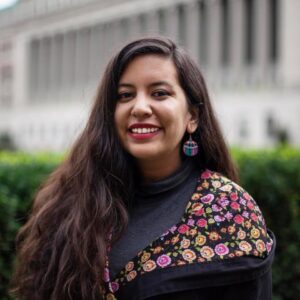 That refusal to provide information led to the Arizona Republic’s successful efforts to unionize its newsroom two years ago knocked over the dominos that led to a new report examining pay disparity in Gannett-owned newsrooms. Forming a union, with the help of News Guild, allowed reporters to make official records requests to obtain pay data, which was anonymized and analyzed.

Transcript: Read a transcript of this podcast.

Among the findings, none of which surprised Sanders and Taros: “Some key findings were that women of color earned a median of $16,000 less than white men, and women in general earned about $10,000 less than men,” Sanders says. “Women who worked at Gannett newspapers at least 30 years, most of their career, were earning $27,000 less than men who had the same amount of experience at Gannett. We also found that our newsrooms, by and large, were whiter than the communities we served. We looked at the racial demos of the counties where 14 of these newspapers were located and 13 of 14 newsrooms did not match the racial demographics of the region they covered.”

“Part of the reason that I became involved in some of the pay equity things is I noticed that everyone’s experience with pay and overtime were different, depending on their beat and who their managers were,” Taros says. “Initially I had a difficult time getting overtime. IT was not viewed as an option. … The more I talked to people, the more I realized everyone was on a completely different page. News companies like Gannett should be held accountable and should have a standard which they can be held accountable to.”

Rebekah Sanders and Megan Taros are both members of the union that represents employees of The Arizona Republic. They talk to It’s All Journalism host Michael O’Connell about a recent study that shows Gannett underpays women and journalists of color across the company’s many newsrooms.