Even when there’s a state law requiring police misconduct reports and body camera footage be made available, journalists can struggle to get the data they need.

California passed SB1421 in 2018 allowing certain reports to be made available, focusing on police misconducting incidents resulting in serious injuries. But some departments still fail to provide those records in full. 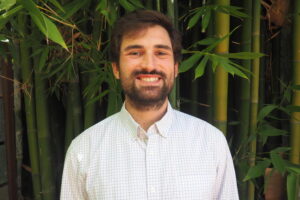 Arlo Malmberg is the director of the University of California-Berkeley’s Data Science Discovery Program.

That’s the subject of a new project between the University of California-Berkeley’s Data Science Discovery program, led by Arlo Malmberg, and Lisa Pickoff-White, a data reporter at KQED, the NPR station in San Francisco.

“News organizations across the state realized we all had a joint interest in these records. Now there are 40 organizations working together to request and gather information in California about uses of force that caused serious injury or about these findings of misconduct. It’s been a slog, to be honest. We knew it was going to be a lot of work, to get 40 news organizations to work together on anything has its challenges, but we need this collaboration,” Pickoff-White says. 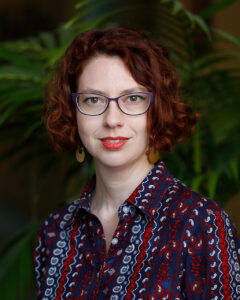 Lisa Pickoff-White is a data reporter at KQED and the California Reporting Project.

SB1421 just made the records available. The state didn’t provide a website where the information would be posted and easily searchable; they didn’t make the data easily reachable.

“The real challenge we’ve had is determining whether agencies are giving us the appropriate number of documents,” she says. “In Richmond, they originally released 13 use-of-force cases to us, but under court order released 122. That’s a big difference. Those cases have been some of the most interesting cases to me. It gets into questions of what is serious injury. Is a canine bite a serious injury?”

California previously was one of three states that restricted information on police investigations, so the law represents a change toward transparency. It also makes it possible to learn what steps a department took to investigate a claim of misconduct, including whether a higher-ranking officer spoke with witnesses and what determinations were made by other investigating bodies, like a district attorney’s office or oversight board.

“This gives us a window not just into the serious uses of force and misconduct but how the agency and oversight body and others are looking into use of force as well. It’s a huge challenge: a lot of this information, we’re not getting it as data, we’re getting it as apps, as body-worn camera footage. The challenge is how do we take this huge amount of information and get usable information out of it,” Pickoff-White says.

Malmberg, with his data students, help comb through the information and try to make it usable.

“The students, we’re really proud of the work our students can do and the curriculum they’ve gone through,” he says. “This is an opportunity for them to trudge through their work, apply context and engage with a lot of these questions around the context of their work and the consequences of the analysis they’re doing. We’re training our students to do the technical work and also training them to engage with the broader societal questions that come with that kind of work as opposed to just putting their heads down and typing code. We want to make sure our students are equipped to do it in a way that ethically and responsibly engages with a human context of the work they’re doing.”