There’s immense power in reading someone’s story of being in the middle of a historic moment. Orato, an online publication that utilizes a new kind of first-person journalism, relies on vetted journalists speaking with people on the ground during big moments to explain what’s happening without the reporter being there herself. 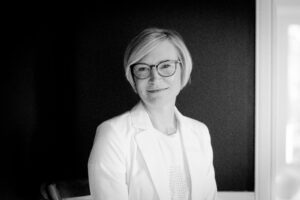 Before Russia invaded Ukraine, Pamela Say, CEO of Orato, and the rest of the team watched closely the reports of Russian troops gathering at the Ukraine border, understanding that this could be a volatile situation. At the time, Orato didn’t have anyone in Ukraine, so Say did some searching and found a young woman in the country whose father was a government official.

“She wrote a couple stories for us before things spiraled out of control. They were a bit more historical and contextual,” she says. “Then the war started. She found herself in serious danger. … I’m messaging her saying, ‘Are you OK, I’m worried about you.’ She said. ‘I’m in an underground bunker. I have spotty service.’ She had to drop out of her commitment to write stories for us because of the level of danger. I said, ‘I’d like to be the journalist and interview you about what you’re going through in this moment.’ We ended up producing heart-wrenching stories about her making her way from Kyiv to the western border of Ukraine with her baby sister and mom and what that was like.” 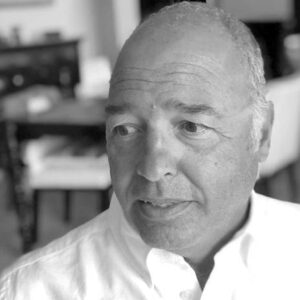 This isn’t what is traditionally considered first-person or immersive journalism, but it’s exactly what sets Orato apart.

“The model of traditional and conventional reporting, where the reporter comes and interviews both sides of an issue, synthesizes the information; that deserves to be maintained and supported. However, it is the free-for-all of the internet that allows people to say whatever they want. The erosion of trust in media compelled me to say we need to come out with a brand where we can give an eyewitness version, the experience, the emotional adventure someone has gone through in the experience they’ve gone through,” says Sam Yehia, Orato’s founder and publisher. “Everyone should have the sovereign right to be heard. We have the technology and we have journalists around the world that allow us to make that happen. This is the kind of enriching content that not only deserves to be established but to become a legacy and a kind of wire service to enrich traditional reporting of live events.”

There are 200 journalists, all vetted by Orato and who abide by the ethical standards and practices of traditional journalism, providing pieces to the publication by pitching the story of someone who has been through a major event in the world. The pieces are not “memoirs or personally written stories about your own experience,” Say says. “We call it first-person journalism. It’s an emerging form of journalism. We’ve seen several instances pop up in recent months in a lot of mainstream news outlets, but Orato is the only organization that’s exclusively doing first-person journalism at this scale. It’s our niche. … We believe first-person journalism is a profound tool that brings depth of understanding to these world events.”

The company works with universities and colleges in the United States and beyond, with professors saying this method is not yet being taught in their courses but they’ve authorized their students to study with Orato’s workshop and internship programs.

It’s All Journalism host Michael O’Connell talks to Orato World Media CEO Pamela Say and Sam Yehia, the website’s founder and publisher, about how Orato uses first-person journalism to report real stories from around the world.