Back in 2008, when President Barack Obama first took office, he pledged to have the most transparent administration in history. 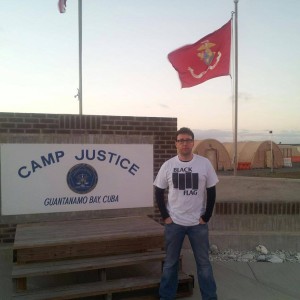 Jason Leopold is an investigative reporter for VICE News.

He’s fallen a bit short on that promise.

Jason Leopold, an investigative reporter with VICE News, was recently honored as part of Sunshine Week, which pays tribute to reporters and advocates who work to bring documents that should be public to light. He recently spoke on a panel at the National Press Club in Washington, D.C., about the Obama administration’s shortcomings in terms of turning over public documents to members of the media and the importance of the Freedom of Information Act.

“It was really an opportunity during Sunshine Week to take a look at the law (FOIA), which will turn 50 years old this summer just to kind of discuss some horror stories, some things that are, perhaps, positive developments,” he said. “One of the things we discussed was that the Senate just passed a FOIA reform bill that will go to the house. We’ll see if President Obama signs that into law.”

This administration hasn’t been overly transparent, Leopold noted, and many journalists seem to have forgotten the pledges made in 2008.

“Just a few months after (Obama) was sworn into office, he had to make the decision whether he was going to honor the release of photographs that would depict the treatment of detainees held by the U.S. in Iraq and Afghanistan,” as had been ordered by a judge during the final days of the Bush administration in response to a lawsuit filed and won by the ACLU. While Obama initially said he’d honor that ruling, he faced some strong backlash about his intended action and recanted.

“Following the backlash, his administration worked with Congress to change FOIA, to weaken FOIA, so that when groups of journalists or the public seek documents or, rather, media, pictures, audio recordings, about the treatment of detainees, they would not be able to get it,” Leopold said. “Congress changed FOIA at the behest of the administration to block it. Right out of the gate they were not transparent. I believe the administration feels the more they say they’re the most transparent, they more people will believe it.”

There’s no doubt FOIA is broken and needs to be fixed, he adds, and Congress has made at least seven attempts in the past decade to do so. Between backlogs in responses to FOIA requests, a lack of sufficient staffing to address requests, agencies that use certain exemptions written into the law as excuses for withholding documents and a lack of proactive disclosure of information that could be obtained under a FOIA, it’s clear things need to change.

But FOIA “remains a very powerful tool,” Leopold says. “If a requestor knows how to use it, well, the payoff is quite huge, particularly for journalists.”

Still, many journalists, including Leopold, have resorted to filing lawsuits to get documents that should be obtainable under FOIA. “Unfortunately, it’s the only way to get information at this point,” he said.

On this week’s It’s All Journalism podcast, Producer Michael O’Connell talks to Jason Leopold, investigative reporter for VICE News, about a recent story he wrote about how the Obama administration has worked behind the scenes to scuttle legislation aimed at reforming the Freedom Information Act. Leopold talks about the importance of FOIA to investigative journalists and the public, and how he used the law to uncover documents to expose the administration’s actions.