John Wilcock, 91, a British journalist who was a pioneer in the underground press of the 1950s and 1960s, died Thursday in a care facility in Ojai, California.

It’s All Journalism interviewed Wilcock in 2017, and he spoke about his early involvement in the underground press in the 1950s.

“There were nine papers in New York City, nearly all dailies or weeklies, fairly big papers,”  Wilcock said. “I’d worked through papers with a million, 2 million, 3 million circulation. I’d always been very interested in little papers. Although there were plenty of little papers in England, or were then, there were hardly any of that type of journalism here.” 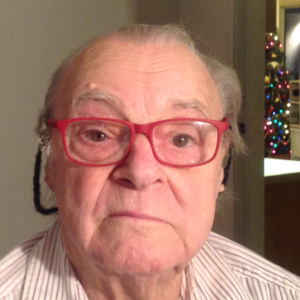 An ambitious man, Wilcock and a group of four friends founded the Village Voice, a legendary publication read religiously by the trendy, the counterculture, the artists and the young in New York. It is also considered the first alternative newsweekly in the country.

“We weren’t much interested in daily news but we were interested in people and what they did,” Wilcock recalled. “We had everything in [the paper] — sports, every type of thing except current events.”

While the entire team viewed themselves as equals, Wilcock quickly became the paper’s columnist. According to legend, the late Leonard Cohen, among many other notables, read Wilcock’s columns without fail.

Wilcock, in addition to helping to create the Village Voice in New York City and finding himself near the middle of Andy Warhol’s Factory scene, was the editor of Echo Magazine.

As the ‘60s turned into the ‘70s, the underground press Wilcock helped to pioneer in the U.S. grew. But after 1972, the publications that might’ve been considered “underground” a few years prior had changed mindset.

“They might’ve called themselves the underground press but it was different,” he said. “They were grown-ups who acted in a very civilized way and didn’t play around. We were very serious but we weren’t tied down like the straight press, doesn’t say certain things, can’t say things in a certain way. We were totally free and easy, we printed anything that appealed to us.”

Ethan Persoff, a writer and graphic novelist, who chronicled Wilcock’s career in a series of comics, spoke to It’s All Journalism about Wilcock’s  journey through American journalism and the art world.

“Even approaching 90, I’ve never known someone to be so urgent and capable about pushing things into a kind of being,” Persoff said. “I think that was his role in the ‘60s. That part of your soul doesn’t die out.”

Wilcock’s story involved him in the same orbit as many famous people during high-profile events, yet his name isn’t fodder for history books.

“All these people he was around, they were permanently remembered,” Persoff said. “How is it he gets left out? The more you learn about John, you do see, and this is represented really nicely in the comic, he would make something and then something would happen and he’d get thrown out.”

#324 — Lynching, racism and seizing a moment to atone for a paper’s past sins