Melissa Segura admits that investigative journalism is not the first thing most people think of when they talk about BuzzFeed. But her work, especially her investigation into the corrupt practices of Chicago Police Detective Reynaldo Guevara, is changing that perception.

Segura’s background began in sports. Thanks to an older brother who would muscle his way to the remote after school and keep ESPN on the TV, she went to college with “an inordinate amount of sports knowledge” and an interest in narrative journalism. 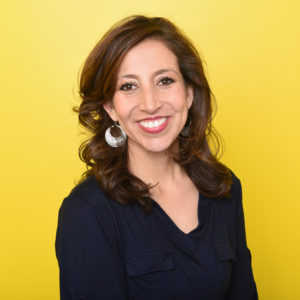 One piece in particular, written by Sports Illustrated’s Gary Smith, told of a nationally watched high school basketball player who was accused of sexually assaulting a disabled woman in a New York City hallway.

“He was the best prospect in the country at the time,” she said. “He served his time, he did what he was supposed to. But when the time came for colleges to recruit him, there was a lot of backlash and he lost all his offers.” Any school that had considered offering him a scholarship or tryout faced criticism and scorn and the young player was left with nothing.

“It was an incredibly human and deep piece, which had me looking at other things he was doing and other things Sports Illustrated was doing,” Segura said. It also fed into her lifelong interest in the justice system.

When Sports Illustrated went through layoffs, she found a fellowship with BuzzFeed for investigative reporting.  She’d just had a conversation with an attorney about the plea bargaining and justice system in the United States, including a case where a woman in Chicago denied killing two men she’d been charged with murdering and, after taking a plea deal, the woman was still facing the death penalty.

Earlier this year, Segura won a Polk Award for local reporting for coverage of Guevara, who had been using shady practices for decades, locking up innocent people for years on end for crimes they didn’t commit.

Melissa Segura, a Polk Award-winning journalist with BuzzFeed, joins Michael O’Connell to discuss her journey from unwitting sports nerd with an interest in writing deep, human stories to shining a bright light on a dirty Chicago detective in the name of righting several decades’ worth of wrongs.

#299 — Can journalism survive in a post-truth world?