Kate Cox came to journalism through her father, who worked for the Denver Post for decades, but she didn’t become a reporter herself until after her 40th birthday. She’s now editor in chief for The Counter, a nonprofit food industry and agriculture news site that uses food as an entry point through which other issues and topics can be discussed and considered.

“The food system is the only one we don’t get to opt out of, we have to deal with it every day,” she says. 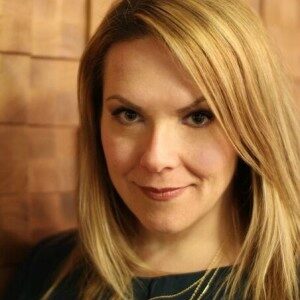 Kate Cox of The Counter

When The Counter launched five years ago, there weren’t many other daily news sources on food, agriculture and related issues.

“It was siloed between pictorial-driven Food and Wine, Bon Appetite and the more kind of business-y trade publications that were focused on helping you make money better and faster. To me, they were stories that used food as the lens to cover the political dynamics behind our plates and the economic dynamics behind our plates. We were different at the time in that the mainstream media and general news outlets hadn’t quite figured out yet how well food stories do for them beyond the culinary.”

While other outlets are now picking up on the importance of covering not just foodborne illness outbreaks and supply shortages, “there’s not yet a beat dedicated” to food policy or food politics in most publications, she says.

“We still have that part of the niche pretty well carved out, but it’s a busier place than ever,” Cox says. “As food curious readers find us, what they see is a publication that helps you understand the news through the lens of food, which is a good way for people to receive complex stories about our political structures and economic structures.”

And for those who wonder how food can possibly be political, Cox mentions the Supreme Court case from a few years ago involving a Colorado baker who refused to bake a wedding cake for a gay couple.

“How is that not a food story,” she laughs. “It’s a central food item that is one of the most symbolic aspects of a wedding ceremony for many couples and, in this case, it boiled down not to just whether the baker would bake the cake, based on their feelings of the social institute of gay marriage, but it ended up being the precedent for another food story from the mid ‘60s, basically whether you were going to consider a recipe a work of art and thereby allow it to be protected and be protected from having to kowtow to some customer’s preference. To me, everything is a food story or somehow connected to food in some way.”

It’s All Journalism producer Michael O’Connell is joined by Kate Cox, editor of The Counter, a nonprofit agriculture and food policy website. She explains how all news can be seen through the lens of food and why it’s the best way to break down political issues because we all have to eat every day.

422. Launching a nonprofit newsroom in a pandemic