Lacy Starling was at a career crossroads in 2020. She was in the process of selling her multi-million-dollar logistics business and knew it was time to pursue a new opportunity, but what that would be was unclear.

She received a phone call around this time from a local organization in Northern Kentucky focused on advancing the region, often overlooked because of its proximity to Cincinnati and Indiana but not really embraced by the rest of Kentucky either. 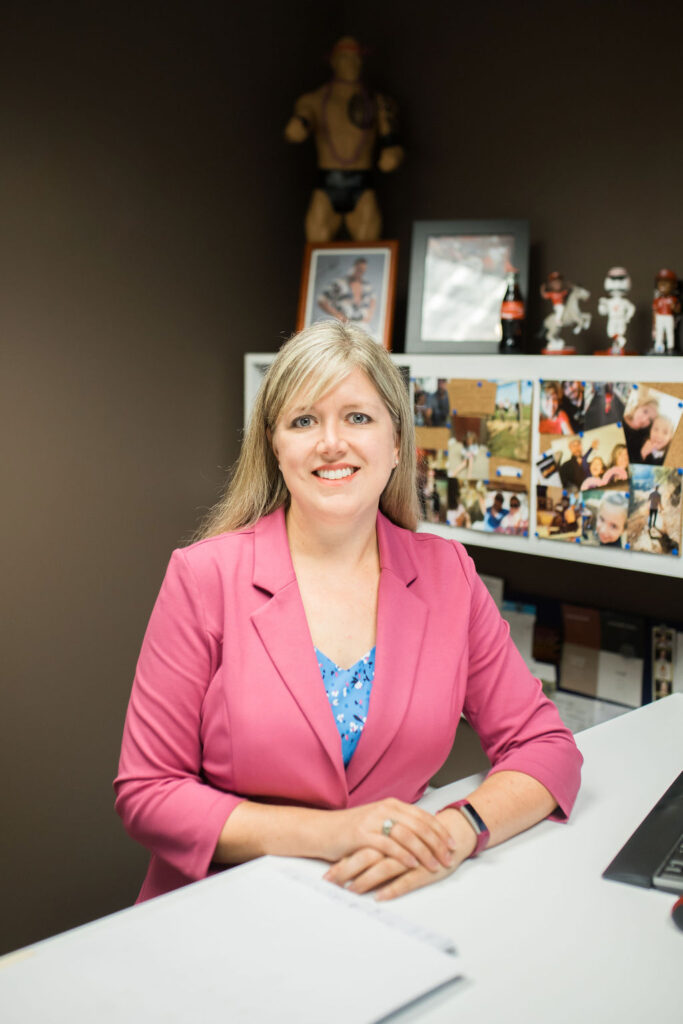 “The timing was perfect,” she says. “They were looking for someone with startup experience but they didn’t know I had a journalism degree on top of it. They knew I wrote a lot and was a content creator and had an online presence; it was a delightful surprise for them that I was a lapsed journalist,” says Starling, a graduate of Kent State University and now the president and CEO of LINK Media, a nonprofit news organization covering Northern Kentucky and its 400,000 residents.

For the past 15 years, Northern Kentucky has been a bit of a news desert, she says. The goal of LINK Media is to change that and create a platform where residents can gain a better understanding of what’s happening in their town and city in a way they haven’t for a long time, but also provide a better perspective to the state as a whole of what’s happening there.

“It feels like a homecoming but also very necessary for our region. It’s such an exciting initiative,” she says. “Kentucky doesn’t think of us as part of the state. We don’t have a real identity here. Cincinnati has several news stations and the Inquirer, but Northern Kentucky for 15 years now has been without a regular daily newspaper since the Kentucky Post shut down. We became a news desert. The Inquirer has one reporter assigned to Northern Kentucky. That’s 400,000 people, 160,000 households, 36 cities, 17 school districts. This is a vast region of Kentucky, of people and complexity, that had virtually no coverage other than two small independent news organizations.”

Those news organizations have been brought under LINK Media’s umbrella and continue to operate as the company works on a new platform set to launch in the first quarter of this year. The organization will be digital first but will have a bimonthly print publication in order to reach readers across the area, accommodating everyone’s access to and comfort level with technology. There will be audio and video components to the website “because we believe everyone receives news differently and we want to provide news in the way people receive it,” Starling says.  There will be live events in the future on topics including education, health care, infrastructure and shared governance to find ways to unite the region and find creative solutions to get the most from the tax dollars they send to the capital in Frankfort.

“Our goal is to bring together all 400,000-plus people and beginning to think of ourselves as a community,” Starling says.

Entrepreneur Lacy Starling divested her holdings from a $30 million logistics business in 2020 to pursue her passion for journalism. Now the president and CEO of OneNYK Alliance, Starling is focusing her business chops on creating a sustainable news platform to cover Northern Kentucky.

495. Newsy aims to deliver just the facts without a political spin