Fake news and misinformation are blamed for so many societal ills, right alongside social media platforms that help to spread it far and wide. 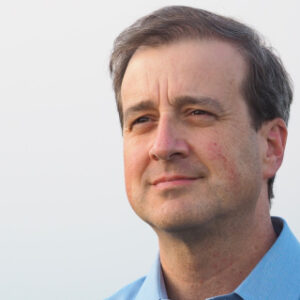 Trust.txt is a “technical spec, and a technical spec has to be owned and managed by somebody,” Yates explains. Tech specs are typically managed by the platform upon which they appear. “Google has a bunch of stuff they manage themselves. I thought about going to Google with this but knew that if I did, because it’s related to journalism, two things: Journalists wouldn’t trust it because it’s run by Google … and the second part is that Google would manage it for Google’s interests and it wouldn’t be useful to Facebook or Twitter or online advertisers.”

Instead, JournalList.net is the nonprofit that manages the Trust.txt technical spec, which is an extension that any publisher or press association can access and add to their websites, declaring themselves a legitimate news organization with an established history of being a news organization.

Tech specs like this are designed for website crawling robots to find and serve as a verification tool, Yates says. “When a search engine looks at your site, if you have a bunch of temp files, it doesn’t do the search engine any good to look at every single temp file. … If you’re a newspaper or website of a TV or radio station, you’d put up your own Trust.txt file up, (saying) this is who we are, these are the associations we belong to, these are our social channels, this is our official Facebook channel and this is our official YouTube channel. Robots will be able to say ‘Oh, OK, we can trust this site a little more because we see they belong to an association that’s been around a long time.’”

This takes the pressure and demand off smaller news organizations as well and gives them a little bit of a boost toward catching the attention of search engines, something bigger budget operations like the New York Times and Washington Post can do on their own to help share their content on social media platforms.

But what if an honest-to-goodness fake news site tries to claim an affiliation? What’s to stop them from putting up a Trust.txt file and tricking the bots?

“It’s like going around with a big sign saying ‘I’m a member of the Denver Chamber of Commerce’ and you haven’t paid your dues. At some point, the chamber can say you’re not a member,” Yates says. “This is a way of doing that without the chamber doing anything. The Florida Press Association doesn’t have to say (for example) Russia Today isn’t a member. They just have to say here are our members. Anyone who’s claiming membership that isn’t on the list is faking it. That’s the decentralized way this works. That makes it work for a lot of people. I don’t think anybody should be comfortable with any one organization deciding who is and isn’t trustworthy. It’s all just signals. I want to signal my trustworthiness because I belong to this organization and you can do that, as long as you actually are a member of that association.”

Yates hopes this is a tool that will “take away the one last excuse” Google, Facebook and other platforms have in ignoring or not finding smaller publishers.

“My hope is for a world where the journalists themselves get to decide who is and isn’t in their own associations,” he says. “Some group of publishers come together and make that declaration themselves. Governments and platforms shouldn’t be involved in that.”

Scott Yates is the founder of JournalList.net and Trust.txt, a tool news organizations can use to verify the legitimacy of their content and information. He talks with It’s All Journalism producer Michael O’Connell about how Trust.txt works, why it matters and how newspapers and publishers can join together to fight disinformation.