Following a disappointing effort that fell just short of saving the Baltimore Sun from being purchased by Alden Global Capital, Stewart Bainum made good on his intention to support local journalism in the city by announcing the launch of the Baltimore Banner, a new nonprofit news outlet operated by his Venetoulis Institute for Local Journalism. 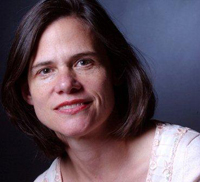 “It’s a very positive development. I’m really excited to begin an experiment that really hasn’t been tried anywhere in the country so far,” Bowie says. “The effort will be to start a major digital-only news outlet that will provide real coverage of a metro area. There’ve been lots of digital startups in journalism but most are fairly small, but this will begin with 50 journalists and will maybe grow to 100, which is larger than the Sun is now.” 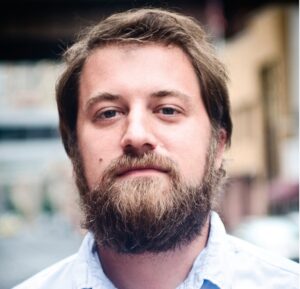 Bowie and Fenton will continue in their respective beats at the Banner, with Fenton expanding his role a little to add investigative journalism to his responsibilities when stories come up that intersect with criminal justice issues.

“Other papers are rethinking criminal justice and the intersection between different social issues, not just courtrooms but the conditions, and integrating those beats instead of having someone cover housing, someone cover health and someone cover crime,” Fenton says. “We’re trying to think about that and bring it together. … Over the next few weeks and months, we’ll be thinking about what that looks like. The mandate is to try and do it differently.”

The Banner will be subscription based but will feature ads as well. The bulk of the funding, especially in the early phases, will come from Bainum’s resources. “He is committed to putting $15 million of his money into the Banner every year. He is committed to funding it for a significant number of years,” Bowie says. “The goal is to make it self-sustaining” and to have a subscriber base of 100,000 readers, which would be more robust than the Sun currently.

Bowie had been involved with the Sun’s News Guild in the effort to help save the paper from Alden’s ownership and says the early efforts with the Banner’s management have been positive. “Our new editor is collaborative. She’s made it clear she wants our ideas and our opinions. I’m really encouraged that this experiment will be collaborative.”

They realize part of their job in these early days will be to help get the word out that the Banner exists and is giving Baltimore residents a new source of information, borne from the Sun and with a commitment to local journalism.

“This is local people making decisions about the journalism. That means we can be much more responsible and communicative with the public,” Bowie says. “Our readers are our neighbors. The ownership of this news outlet is your neighbor. We really want the community of Baltimore to feel as though they own this newspaper, that this is their outlet for journalism.”

“The person who wanted to save the Sun is building something new. I think that’s a good thing to tell people,” Fenton says. “I’ve worked here 17 years, Liz has been here 35 years. We are familiar faces, we know the neighborhoods, we know the issues. The importance of continuity in local journalism is so important. … We want to keep that going. I want to stay in Baltimore, I want to keep reporting on these issues. I’m excited about the future.”