The killing of Michael Brown and the ham-handed way law enforcement officials in Ferguson, Mo., handled its aftermath angered Alexander Howard. It’s been a long time since he was that “ticked off” at a story.

“The systemic discrimination and racial bias, political powerlessness in that community, because of voting rights and people being arrested for assault and losing them, these are things that have been going on a long time but, unfortunately, because they’re kind of the fabric of American life still, they hadn’t caught fire,” he said. 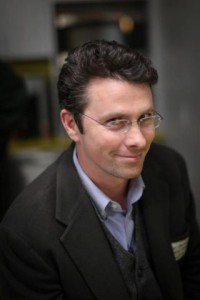 Howard is a writer and editor based in Washington, D.C. He’s also a columnist at TechRepublic and founder of “E Pluribus Unum,” a blog focused on open government and technology. Previously, he was a fellow at the Tow Center for Digital Journalism at Columbia University, the Ash Center at Harvard University, the Washington correspondent for O’Reilly Media, and an associate editor at SearchCompliance.com and WhatIs.com.

While the brutality of the shooting and the disenfranchisement of the populace provided more than enough reasons for a rational person to be angry, the treatment of the members of the media trying to cover the unfolding events should raise the concerns of journalists and the public, alike, both of whom benefit from the freedoms guaranteed by the First Amendment:

“When media who went in there, trying to document how people were upset and why they were upset, were raising up the voices and faces and pain of people who have been living in that environment but not being heard, were targeted, roughed up or in this case arrested, I got angry about it,” Howard said.

He did what any good journalist would do with a healthy mad-on, he wrote about the thing that angered him for TechRepublic.

“I write better when I’m passionate,” Howard said. “This felt like an opportunity to say something important in the way I could, because I wasn’t there, I wasn’t on the ground, about the importance of not only letting the public and media record the actions of the police, but also make it clear that these are constitutional rights that are our government should be protecting.”

In this week’s podcast, producers Megan Cloherty and Michael O’Connell talk to Howard about what the events of Ferguson, Mo., can teach journalists and the public about freedom of the press, oversight of government officials and the increasing militarism of law enforcement.