Covering Louisiana politics since 1972, John Maginnis has made a living for the last 21 years running a statewide political newsletter and website that people actually pay to read. 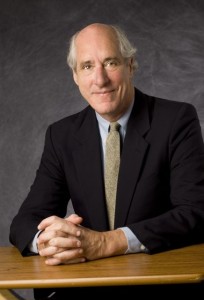 “It’s been a real success and it’s been a mainstay of my career,” said Maginnis, who also has a syndicated column that runs in 21 newspapers around Louisiana.

The site, LaPolitics, is devoted exclusively to, well, Louisiana politics. Some of the content is free, but a lot of it is also behind a paywall. Maginnis and his partner, Jeremy Alford, ask people to pay $145 per year to get access to all of their material.

LaPolitics is a “must read” for people who are interested in Louisiana’s government, Gov. Bobby Jindal or the state legislature. In addition to subscriptions, Maginnis said the website has started to sell online advertising slots to generate revenue as well.

“We already have prospects coming in. … We don’t have the numbers of some other big websites, but we sell to an exclusive political audience,” said Maginnis.

Maginnis will not accept advertisements from elected officials and candidates, but he and Alford hope the site will be attractive to lobbyists and other people who want to reach an exclusive political audience in Louisiana.

LaPolitics tries to keep its subscription fees affordable, so as not to scare off readers. Elected officials, lobbyists and state government workers all purchase access, but so do regular political junkies who live in the state. LaPolitics readers are particularly loyal. Maginnis said his website has a subscription renewal rate of 91 percent

“I know I could have raised my price, my even doubled it, and some subscribers I couldn’t shake off with a stick. But I don’t want to price it to where I can’t find people who just really want to eat up politics,” he said.

Maginnis calls LaPolitics “a good earner,” but also says he has cut costs over the years by having little to no overhead expenses. He has never rented office space for example.

The journalist said his site is certain to pick up more national readers as Louisiana’s U.S. Senate election in November draws closer. Incumbent Mary Landrieu, a Democrat, is vulnerable and several Republican challengers have jumped into the race.

NOTE: The interviewer and author of this blurb covers state politics for NOLA.com| Times-Picayune, a publication for which John Maginnis writes a column. However, the interviewer and Maginnis do not work together on reporting projects.