What happens to a candidate’s website after Election Day passes?

In her latest endeavor, she’s working with a team at the University of North Carolina Greensboro to collect and save candidate websites and send them to the San Francisco-based Internet Archive to be preserved and archived. This means not only keeping the websites accessible but keeping alive any links to and from the pages. 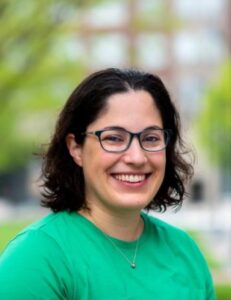 “Things on the web do not stay for a long amount of time,” Kramer says. “A recent study looked at the New York Times and found over the past 15 years or so, about 25 percent of the links from the New York Times no longer existed that were linked out from the Times.” When those links stop working or “rot,” any other article or website containing that link loses some context.

“I was trying to find websites from local political candidates and I couldn’t find them for the same reason,” Kramer says. “They had disappeared. After an election, there are no more contributions coming in and, after an election, the (candidate’s) website basically goes dark. There’s great material on those websites. I decided to launch a project to teach people how to archive things digitally and also see how many political websites we could scoop up  and throw to the Internet Archive.”

The size and scope of this effort is massive.

“There are a lot of people who run for local office. About 2 percent of people across the country run for elected office. That’s a large number of people and most are not elected. If you’re not elected, you’re probably not going to maintain your candidate website,” she says.

The Library of Congress collects websites for presidential candidates, in addition to Senate and House of Representative candidates, and archives them for future review and access, but the same is not true for state and local-level candidates.

“I was really interested in people who run for town council in my tiny little town of 19,000 people. I couldn’t find anybody’s website. I knew they existed for elections and were often referenced in materials I was finding but the websites themselves didn’t exist,” Kramer says. “There’s no large-scale project to scoop up local (websites). The tricky thing is, it’s hard to put together a list of every candidate running for office in the U.S. This started as an archive problem but it’s also a data problem in that nobody has a dataset of everyone running for office.”

So far Kramer has collected 5,000 websites, but each website she sends to the Internet Archive also includes “every link that goes out from the websites. There are over a million linked in total from all the links across all the pages of those websites. Which is great, but that’s a drop in the bucket. There are 2,200 people running just in North Carolina. The races I’ve received so far are predominately in larger population cities in the U.S. Charlotte, Durham and Raleigh are covered, but the next county over is not,” she says. “I’m trying to think of ways to involve libraries or civic tech organizations or local community groups, like the League of Women Voters, people who are active civically that are already doing so at the local level to inform the public about who’s running for office but don’t know about digital archiving. … I’m developing a toolkit for libraries who want to share this with their publics. This is a very local project that needs to be replicated a lot of times.”

Melody Kramer,  director of communications and business development with the Carolina Population Center at the University of North Carolina Chapel Hill, talks with It’s All Journalism host Michael O’Connell about her new project, SavingPoliticalSites.org. She explains how most candidate websites stop working shortly after an election, the massive effort required to track and save them and why it matters.