Emilia Benton has been running toward her goals for a long time, picking up valuable lessons along the way.

Seeing the editor’s note in each issue of her favorite magazine, Cosmo Girl, inspired Benton as a teenager to write in and ask founding editor Atoosa Rubenstein for advice. “I thought this was a career I would be interested in. She wrote back with a ton of advice, a page worth, which I printed out and put up on my wall,” Benton says.

It was all good advice, encouraging her to write for her high school paper and, if she was serious about pursuing a career in journalism, especially magazine journalism, she should consider going to college near or in New York City, because that would provide the advantage for in-person interviews. 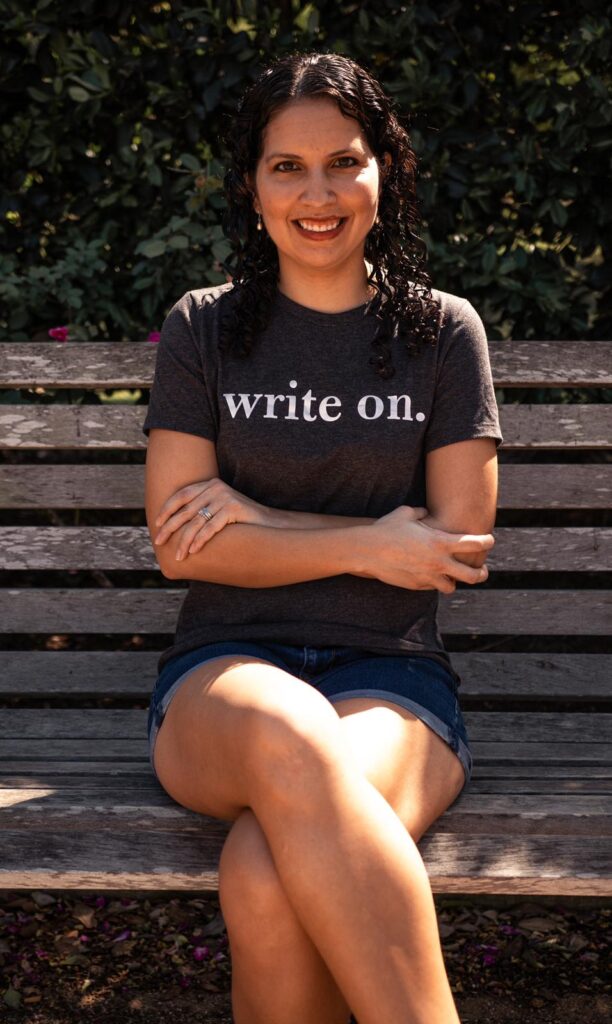 Emilia Benton is a freelance writer.

It’s all advice Benton followed, attending Hofstra University on Long Island, a mere 25-minute train ride to the heart of the city. Two years after graduating, and after internships at a handful of magazines, including Cosmo Girl, Benton returned to her home in Houston looking for something new.

After some time as a copy editor on special projects for the Houston Chronicle and some time with the Texas Medical Center, where she used her editorial skills working on informed consent forms for clinical trials, Benton found herself out of work.

“I had all this time on my hands and had a story idea I wanted to pitch to Runner’s World,” says Benton, an avid runner. “I had never had to submit a story pitch before and I didn’t know how to go about it.”

She reached out to a friend who had connections there and was told who to direct the story to and how to set up the pitch and, despite not really feeling confident in herself or the pitch, Benton sent it off.

“They accepted it and it got a really great response from their audience, which surprised me,” Benton says. “I thought this would be a one-time thing and I didn’t expect to continue to freelance for the meantime. I was able to spend the next year and a half pursuing relationships that allowed me to get where I am now.”

Benton continues to freelance for Runner’s World and other publications, including the Houston Chronicle, but admits sometimes she’ll accept a lower-paying assignment based on the publication and topic.

“Having worked on staff on a publication that has freelancers, I empathize that these places have budgets to work with,” she says. “There are things I take into consideration if the place is offering me too low (a fee). If someone is asking for a 1,000-word article with at least two interviewed sources and they’re offering $200 or less, that’s ludicrous.”

The variety in her work has also afforded Benton some perspective on the pluses and minuses of working in a culturally diverse city like Houston. While the local broadcast stations employ a diverse range of reporters, “salary growth is still stagnant for people and women of color. That was my experience there. That’s a reason I had to leave my job at the Chronicle. After doing some investigation and talking to coworkers and peers, as a woman of color I was earning a lot less than my white male counterparts.”

She points to the graphics and information posted on social media for Equal Pay Day, a day in late March in which a white woman has earned the equivalent of her white male counterparts in the previous year. The graphics typically show how much less women and people of color earn compared to white men and “you’ll see Latinos are at the very bottom of the chain.”

The disparity doesn’t end there: Benton has noticed her work will be referenced on social media or podcasts but she isn’t named, while similar work by white male writers almost always includes their information. “This is an example of unconscious bias,” she says. “Is there any like of thinking behind it? Is it oh, no one’s going to know this writer? That contributes to the problem. I don’t bring that up to harp on my follower counts, but being mentioned by name could make or break being noticed by someone in the industry and getting an opportunity.”

It’s All Journalism producer Amelia Brust talks with freelance reporter Emilia Benton. They discuss their shared love of running and how Benton has learned how to be a successful freelance writer by doing.

Knowing your worth in the diverse world of freelancing